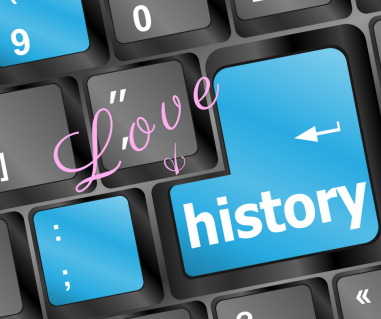 Love is an important element in any story, not just in romance. It doesn’t have to be the focus of the story—even a small sprinkling can be enough. I would argue that it’s especially important in historical fiction. We live, we love, we strive to maintain relationships, now and in the past. Love is often the gateway to making a historical figure flesh and blood.

Today, I’d like to welcome historical fiction author Anna Belfrage to chat about love + historical fiction. Anna’s knowledge of history spans centuries and across continents. I’m always amazed at the breadth of her knowledge. Not only is she a prolific bestselling author but she is also a regular history blogger and a contributor to the English Historical Fiction Authors Blog (EHFA) site, amongst other things!

Anna is the author of the wildly popular Graham Saga series, a romantic time slip novel set during the 17th century. In her recent historical series, the King’s Greatest Enemy, Anna has combined a central love story with a period of political instability. She’s thrown her lovers, Kit and Adam de Guirande, in the middle of a Medieval power play. Not only is their relationship at risk, but their very lives.

How would you categorize your work—historical romance, historical fiction, or somewhere in the middle? Why?

Anna: I’d say it is very much in the middle – traditional romance requires there to be major issues before the loving couple finally make it to the HEA, while I tend to write about couples who have issues but who once they realise it’s them face the world together. More love than romance in a way, albeit that many romance readers find my books very romantic.

What challenges did you encounter balancing the romantic aspect of the story with the complex politics? Did you have any concern that some readers would want more romance or more history?

Anna: First of all, I write the story as I need to tell it. I rarely consider what readers might like or not while writing, albeit I do take that aspect into account in my editing phase. In this case, the story I wanted to tell was that of Roger Mortimer, but I didn’t want to tell it from his POV – I wanted someone close to him that could, so to say, stand to the side and watch Mortimer’s transformation as the baron clambered right to the top of the pinnacle of power. This is how Adam de Guirande saw the light of the day, and once I had him, I knew he needed a wife, and poor Kit had just been abducted by unknown men (in my head, that is) so I sort of merged these two stories. I believe very many readers enjoy my mix of a well-researched historical context (and I do love the complicated politics of the times!) and a love-story. I think some readers come away a bit disappointed in the lack of battlefield gore (but there is more in the later instalments), while others think my lovers should play a much more central role. But Adam and Kit are there to help us navigate through the convoluted political quagmires of their times, at times dragged under by the treachery that surrounds them. Their love helps them survive – but it isn’t the main ingredient in the story.

In both series, the King’s Greatest Enemy and the Graham Saga, the story of your lovers continue on across multiple books and you’ve managed to keep your readers’ interest on what happens to them beyond the first happy conclusion. When you first started writing the Graham Saga, did you expect to continue Alex and Matthew’s story or did it evolve organically? What are some of the challenges of continuing their relationship across multiple books?

Anna: Ha! I set out to write ONE book and finally be able to look myself in the eye and say “I did it” after all those years of wanting to write but never having the time to do so properly. Somewhere in the last third or so of A Rip in the Veil, Alex and Matthew took over, presenting me with one long sequence of future adventures, and obviously I was stuck, incapable of not writing the sequels. So I guess it did develop organically – to a point. The challenge in writing a series with recurring characters is that you have to think of a very extended character arc. People change as they grow older, and accordingly Matthew and Alex have to change too. If you write a series where essentially you repeat the same story (like the excellent Kresley Cole does in her Immortals after Dark series – she has two immortals of different kinds in each book finding true love with each other and surmounting a number of challenges to do so) then the character arc is relatively short and recurring. If you write a series where people grow up, have babies, suffer loss and persecution, are forced to emigrate, see children die and in general suffer – well, obviously they’re going to be affected by all this and have to develop in a credible manner. I think that’s why so many readers like The Graham Saga – it is the story of human life, in all its unvarnished glory. But then all good fiction – no matter in what time it is set – must deliver some sort of insight into the human condition.

Anyway: the long and the short of it is that I wrote the entire eight book series (except that soon enough it will be a nine book series) prior to publishing anything as this gave me the opportunity to verify those character arcs, ensuring my Alex and Matthew reacted consistently with who they really are. I’ve done the same with my Kit and Adam series. All books are written—albeit still in a rough draft—prior to publishing number one. I’m doing the same with my next trilogy, where I’m just about to start the full edit of all three books.

If I were to give you a soap box, what genre related issue (whether it be for historical fiction or historical romance) that you would like to discuss?

Anna: I get a tad irritated by the general assumption that the average female “back then” was weak and submissive and therefore, to live up to modern “feminist” expectations, we get all these historical fiction heroines who are tough as old boots and very atypical of their times. I think this is an indirect insult to all the women who did live “back then”. After all, people haven’t changed all that much over the centuries, and it is my experience women as a whole are extremely strong – they have to be, for their kids. But this does not mean the heroine of a story set in medieval times should wield a sword or in general act the avenging Valkyrie – that is not how medieval female strength manifested itself. Instead, you find it in how women handled their estates, raised their children, maneuvered politically. A true historical heroine is not necessarily feisty: she lives within the confines imposed by society and still gets ahead. I’d like to see more such heroines in my future reads.

Thank you so much, Anna, for dropping by. I can’t agree more with you about strong women. They should be celebrated for their resilience, no matter what form that takes. History comes alive when we are able to relate to the people and we become invested in their struggle.

Good luck with your new release, Under the Approaching Dark. We look forward to the next instalment of Kit and Adam. 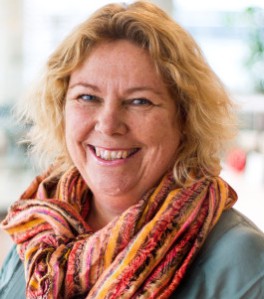 Had Anna Belfrage been allowed to choose, she’d have become a professional time-traveller. As such a profession does not exist, she became a financial professional with two absorbing interests, namely history and writing.

Presently, Anna is hard at work with The King’s Greatest Enemy, a series set in the 1320s featuring Adam de Guirande, his wife Kit, and their adventures and misfortunes in connection with Roger Mortimer’s rise to power. And yes, Edmund of Woodstock appears quite frequently. The first book, In The Shadow of the Storm was published in 2015, the second, Days of Sun and Glory, was published in July 2016, and the third, Under the Approaching Dark, was published in April 2017.

When Anna is not stuck in the 14th century, she’s probably visiting in the 17th century, specifically with Alex(andra) and Matthew Graham, the protagonists of the acclaimed The Graham Saga. This is the story of two people who should never have met – not when she was born three centuries after him.

More about Anna on her website or on her blog! 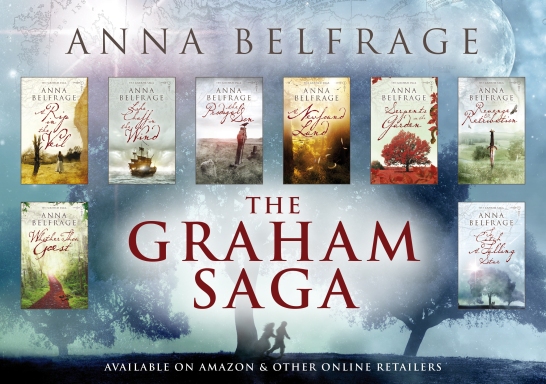