World, I am very proud to present my debut novel, Traitor’s Knot!

After years of crafting this story, nurturing and polishing it through various edits, I finally release it to the universe. There’s nothing like this exhilaration!

In the words of a 17th century poet, no man is an island. This is especially true for a writer. It is only through the support and encouragement of family and friends that this journey has been possible. I would like to thank everyone who cared enough to offer their honest feedback over the years–everyone who believed in me and the story that I wanted to tell. And a huge resounding thanks to my publisher, Endeavour Press!

Traitor’s Knot is a sweeping tale of love and conflicted loyalties set against the turmoil of the English Civil War. It is published by Endeavour Press and is now available in eBook on Amazon. 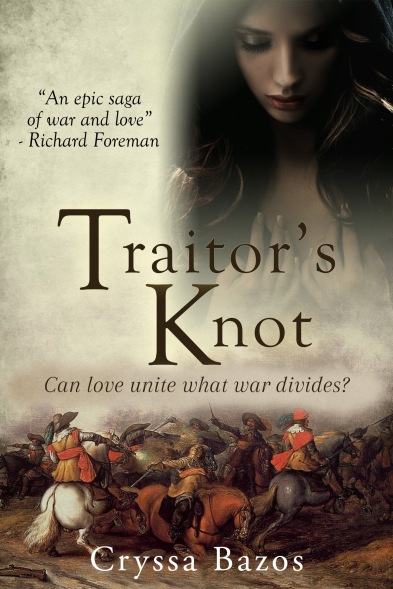 England 1650: Civil War has given way to an uneasy peace in the year since Parliament executed King Charles I.

Royalist officer James Hart refuses to accept the tyranny of the new government, and to raise funds for the restoration of the king’s son, he takes to the road as a highwayman.

Elizabeth Seton has long been shunned for being a traitor’s daughter. In the midst of the new order, she risks her life by sheltering fugitives from Parliament in a garrison town. But her attempts to rebuild her life are threatened, first by her own sense of injustice, then by falling in love with the dashing Hart.

The lovers’ loyalty is tested through war, defeat and separation. James must fight his way back to the woman he loves, while Elizabeth will do anything to save him, even if it means sacrificing herself.

“A hugely satisfying read that will appeal to historical fiction fans who demand authenticity, and who enjoy a combination of suspense, action, and a very believable love story.” ~ Elizabeth St. John, author of The Lady of the Tower 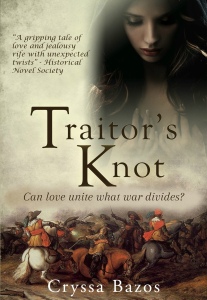 Scenes from a Dickens Village #christmas #christmasdecor #christmasvillage
The day for cathedrals and stained glass. This one is from Worcester cathedral.
Charles is up in his tree again, this time for a more festive occasion. #Christmas #festive #17thCenturyFun #RoyalOak #ChristmasTree
Shortlisted for the 2019 Chaucer Awards, Severed Knot is on sale this weekend only for 0.99 at Amazon, Kobo, Apple, Barnes & Noble. #historical #romanticsuspense #exoticsetting #barbados #emotional #gripping
My Tweets