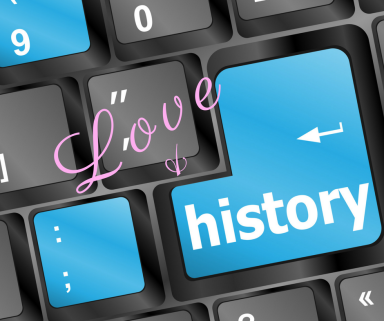 I’m continuing my discussion with historical fiction authors about darker, grittier romantic stories that push the parameters of the genre. Today, it’s my pleasure to welcome Victoria Cornwall, author of The Thief’s Daughter, and a finalist for the 2017 Romantic Novelist Society’s Joan Hessayon award.

The Thief’s Daughter takes place in 18th century Cornwall. If you are thinking Poldark and smuggling, you’re not far wrong. The heroine, Jenna, has struggled all her life to escape from her family’s criminal reputation. Though she has lived a disadvantaged life, her personal integrity is the only wealth she has. The hero, Jack, is a thief catcher who tries to shut down a smuggling ring . The social history is as an integral part of this story as the romance.

I’ve heard some people refer to your historical romance as ‘darker’. You include themes that often do not get touched on in historical romance like spousal abuse, poverty and crime. What challenges did you encounter balancing the romance with these darker themes?

Victoria:  Thank you for having me on your blog today. That is a good question. The Thief’s Daughter is about ordinary people who face challenges they need to overcome; however, I wouldn’t want readers to be left with the impression that it is all doom and gloom. True, it is not a romantic comedy, nor is it all fluff and petticoats, as The Thief’s Daughter is set in poverty stricken England during the 18th century. The hero and heroine meet at a hanging, which is not the most romantic place to meet, but I felt that if a person can leave a lasting impression on you in those circumstances, you know they are someone pretty special and might just have the ability to turn your world upside down.  [CB aside: I can attest to the vividness of that scene. It still stands out for me! Also an excellent example of how key historical detail can make all the difference to a scene.]

Life is full of ups and downs and I tried to reflect these highs and low in the novel, so I did not find it particularly challenging to balance the romance with the struggles they face as people fell in love in that era just as they do now. Like any developing relationship, there are humorous exchanges, the development of friendship and trust, and many tender and passionate moments. There is something very special about a relationship that develops and deepens when life is difficult and, hopefully, the reader will be with them every step of the way.

What are some of your literary influences? What impact did it have on your work?

Victoria: I have made no secret of the fact that I loved Winston Graham’s Poldark series, long before Aiden Turner graced our screens and set everyone’s heart beating wildly. I was probably about eleven years old when the original series was aired and I read the books shortly afterward. I loved his writing style and it has greatly influenced the sort of books I like to read and how I write.

What inspired you to write this particular story?

Being a fan of the Poldark novels, it was probably inevitable I would write an 18th century romance. I also live in Cornwall, which is a wonderful muse to have. The landscape is very diverse, from barren moorland to very fertile pastures. From dramatic coastlines to the great historic buildings of the gentry. Everywhere, you will find hints to its industrious past, such as abandoned tin, copper and arsenic works and overgrown, towering mountains of spoil from clay mining. Of course, Cornwall’s past industries were not always legitimate ones. Smuggling contraband into England grew to industrial proportions during the 18th century and Cornwall was a prime landing place due to its vast coastline. Needless to say, it was only natural that smuggling would feature in my novel. The county of Cornwall, its dramatic coastline and smuggling history provided a great backdrop to the tenderness and emotional roller-coaster of a growing romance.

If I were to give you a soap box, what historical romance related issue would you like to discuss?

Victoria: If you gave me a soap box, I might be on it all day! There are several things I would like to mention, but I will be brief.

It is a struggle to get debut novel noticed and I feel it is particularly difficult for writers of historical romance at the moment as it does not fit in with the book trends of today.

Inexplicably, reading romance appears to still hold a stigma, despite it being one of the most popular genres sold.

Period dramas are one of the most popular series shown on television, yet contemporary romantic fiction is more popular than historical romantic fiction (in England). This seems very contradictory to me. You would think they would be equal in popularity as those who enjoy period dramas such as Poldark and Downton Abbey, would also be interested in reading a romance set in the same era.

I also find that the term Regency is often used for fiction that is not set in the Regency era. The Regency era was only a very short period, between 1811-1820. The Thief’s Daughter has been referred to as a Regency romance, but it is not. However, I would just like to mention that if a reader referred to it as being set in the Poldark era, rather than the Georgian era, I would find that very acceptable!
Thank you for having me on your blog. I’ve enjoyed answering your questions. Can I get off the soapbox now?

I’m not sure that I want to let you off your soapbox, in fact, I might just join you.   Connecting with another person is the primary drive for all humans. I’m not sure when (or why) historical romance was considered a fluffy genre. It’s unfortunate that there is a stigma that pervades historical romance (except around romance readers). Some believe that romance can’t be serious or complex, and yet The Thief’s Daughter proves that it can be all that and still deliver a satisfying romantic story.

We wish you the best of luck with this novel and look forward to reading your next one! 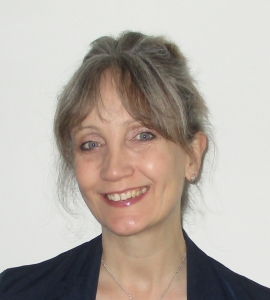 Victoria Cornwall grew up on a farm in Cornwall. She can trace her Cornish roots as far back as the 18th century and it is this background and heritage which is the inspiration for her Cornish based novels.

Victoria is married, has two grown up children and a black Labrador, called Alfie. She likes to read and write historical fiction with a strong background story, but at its heart is the unmistakable emotion, even pain, of loving someone.

Following a fulfilling twenty-five year career as a nurse, a change in profession finally allowed her the time to write. She is a member of the Romantic Novelists’ Association and the Historical Novel Society. 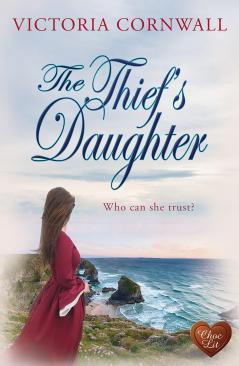