The Traitor’s Knot book launch was held on July 27th at Whitby’s Station Gallery. Family, friends and friends of friends came out to help me celebrate my debut novel. I’m still overwhelmed by the support of those who came out. Thank you!

The exhibit running at that time showcased the work of David Wysotski, a local artist who explored the fleeting ownership of vintage hand tools through a series of paintings. Wysotski depicted these tools with affection and respect, and did not try to make something more of them than what they were–utilitarian, honest, and traditional. They harken back to a time when being a craftsman was a respected calling, and people took pride in their work.

It was serendipitous to hold the launch at Station Gallery at the same time as the exhibit, for Traitor’s Knot mirrored many of the same themes found in Wysotski’s work.

Not only did the paintings bring forward the past, perfect for a historical fiction novel, but they called to mind elements of one of my main characters, James Hart. Though he was a commoner, he made a difference for his king. He came from a modest yeoman background, and while he tried to make more of a name for himself, life conspired to bring him back to his roots.

“James finally returned to Warwick’s Chequer and Crowne Inn just before midnight. He avoided the front of the building, with its waning lights and fading laughter and proceeded to the stables. The courtyard was silent. They didn’t expect another coach until the morning.

Inside, the familiar smell of horses greeted him. Tin buckets hung from the posts, and a pitchfork rested prongs down in a reduced bale of hay. Halters in various sizes draped over iron pegs.

As the Chequer’s ostler, this was James’s domain. NO one, including the landlord, Henry Grant, dared suggest otherwise, for James had a talent that every innkeeper prized. Master and craftsman, his art was horses.”  ~ Traitor’s Knot.

Thank you to author A.B Funkhauser for being my emcee and coming up with thought-provoking questions for the Q&A, and thank you Station Gallery for making the evening perfect.

Here is a selection of pictures from the launch, courtesy of Station Gallery. 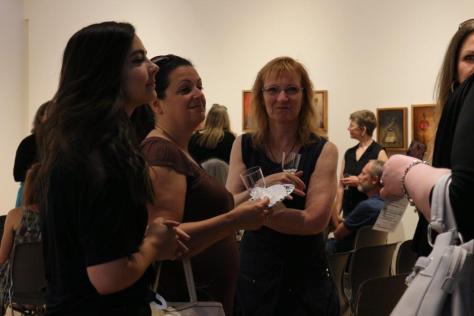 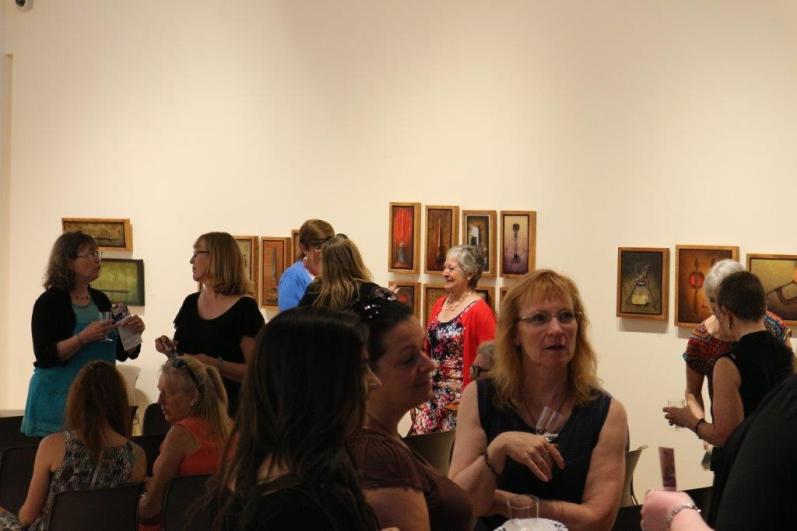 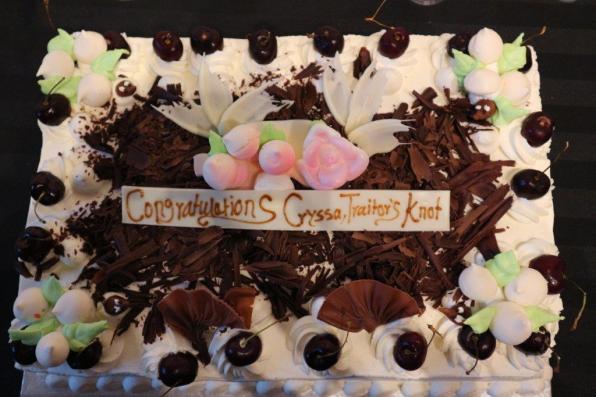