The benefits of a critique group 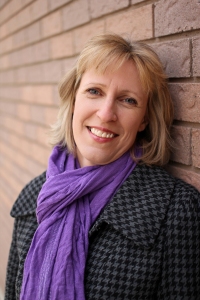 Recently, friend and fellow author, Sharon Overend, was invited on CBC Radio One to talk about the CBC’s short story contest and her current writing group. Sharon is one of the best short story writers I know. Her stories grab you at the opening and will not let go until the very end. Her short fiction has won awards, made it into literary journals and has even been nominated for the prestigious Journey Prize. But instead of focusing on the CBC annual contest, their conversation turned to the value of a writing group.

Writing groups can take different forms. They range from casual gatherings where there may be writing on the spot to more structured critique groups where a writer can get immediate feedback on their work. Sharon was discussing the inspiration that may be found through a writing group, and one thing she said particularly caught my ear:

“Sometimes the creative collective is enough to spur you on.”

When I listened to Sharon’s interview about the power of a writing group, it reinforced for me what a gift it is to surround yourself with that support.

It got me thinking of my own experience. I’ve been with the same critique group for the past six years, and I consider that the decision to join was the best one I made for improving my craft.

The group is called Writing Is Hard Work. Though it perfectly captures a writing truth, it is not the catchiest of names, we all admit, but it does state what we do. If one was looking for a perfunctory pat on the back every time they strung together a grammatically correct sentence, this isn’t the group for them. No, our goal was to hone in on the weakness of the piece being examined to help the author strengthen their story.

And the discussion has never been boring. Some of our members have developed into budding thespians who dramatize exactly why a scene doesn’t work. Trust me, those performances stay with you. Over time, we could hear each other’s voices in our heads when we were heading down the same rabbit hole that didn’t work the first time. Sure, we’d offer praise when praise was due, and sometimes we did have to remind ourselves to focus on what was working with as much relish as what wasn’t working so as to help the author replicate their success.

Even though the feedback was direct and at times brutal, amazingly enough, I never left those evenings feeling discouraged. Instead, I’d feel revitalized and encouraged by their support, determined to rethink my story. They challenged me to dig deeper, and we all learned from each other’s mistakes. They also kept me writing.

The key, I believe, is the difference between constructive and detrimental feedback. The former has your improvement at heart, while the latter (intentionally or not) cripples your ability to continue writing.

Here are some thoughts on what makes for a constructive critique group:

Not every critique group works. Even ours didn’t work for many authors who decided to take a break and never made it back to us. You have to go where you feel encouraged, not discouraged. Also, it’s best to find a group where the members are mostly at the same level as you are and who like to read your genre.

And to leave you with what inspired me, here is the link to Sharon Overend’s interview on CBC Radio One. I hope this inspires you too!