The Art of Daydreaming

Have we lost the art of daydreaming? I ask myself this as I make my way through my daily commute. I see people checking their smart phones on the way to the subway, standing in the elevator, or waiting for their next bus. There’s very little talk happening on these phones; no one is speaking to one another. With each ping, our brain fires, turning us all into Pavlovs who crave that next notification from Facebook or Twitter. 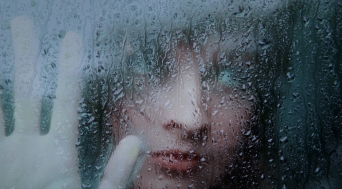 I remember when my commute included time for daydreaming. It seems like so long ago. I’d listen to my music, with my head resting against the window pane of the bus and watch the landscape zip past. The music allowed my mind to wander and before the end of the commute, I’d be imagining a story that mirrored the mood of the music or the lyrics. This was a time of rejuvenation and recharging. I’d look forward to this down time after a long day at work. It was a way to clear my head, to transition between work and home with possibly a bit of time-travel kicked in for good measure.

Today, I use my commute to multitask, checking emails and catching up with news feeds. It’s exhausting. I’m sure I’m not alone. Before smart phones, we had down time and time to be bored. Today, there isn’t a moment when we aren’t plugged in. How many people use their smart phone as an alarm? How many reach over at odd times in the night to check on missed notifications? I’ve turned off social media notifications to disable my Pavlov response, but it doesn’t help. I’m still darting in probably more frequently to check notifications. It’s like putting yourself on a carb-free diet only to binge on carbs more than ever before.

I feel that I’ve lost access to my creativity by not unplugging, by not allowing myself time to daydream. Music is my gateway between the hard world of here and the beguiling land of story. I write to music. With the right soundtrack, I can tap into an emotional moment and even conjure a vivid scene. But for this faerie engine to work, you need to lull that active part of your mind. Staring out through a glass as the world slips by is meditative. All those pings and dings breaks the trance.

But I am determined to make a change–to reclaim daydreaming, even in little chunks. I’ll start with my morning commute. Instead of bringing my laptop, I’ll bring a notebook. I’ll give myself permission to write, or not, and if I choose to write, I can either do it in the notebook or in my mind. Either way, I will use that time for daydream.